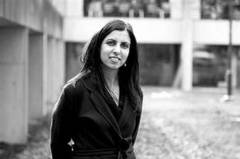 Renisa Mawani (Sociology) is Associate Professor of Sociology and Founding Chair of the Law and Society Minor Program at the University of British Columbia (2009-2010). She works on the conjoined histories of Indigeneity, Asian migration, and settler colonialism and has published widely on law and coloniality and legal geography. Her articles have appeared in journals including, Law/Text/Culture, Social and Legal Studies, Social Identities, Theory, Culture, and Society, and Cultural Geographies. Her first book, Colonial Proximities: Crossracial Contacts and Juridical Truths in British Columbia, 1871-1921 (2009) details the dynamic encounters between aboriginal peoples, Chinese migrants, mixed-race populations, and Europeans in the late nineteenth and early twentieth centuries, the epistemic truths and modes of governance these contacts produced. Her second book (in progress) is a transnational history of the Komagata Maru, a Japanese steamship which carried 376 Punjabi migrants from Hong Kong to Canada and to India in 1914. This project focuses on the interaction between human and nonhuman, problemtatizing the middle passage by focusing on the materiality of the ship, the vitality of water, and the forces of nature. Other interests include cosmopolitanism and the relationality between human and nonhuman animal as well as affect and the political.