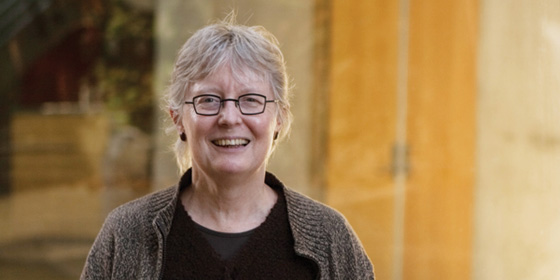 Margery Fee (English) teaches Aboriginal, Canadian, and postcolonial literatures. In 2008, she was Distinguished Scholar in Residence at the Peter Wall Institute of Advanced Studies, writing about how some discourses of genetics/genomics contribute to the racialization of minority groups, particularly Aboriginal people. Her most recent publications deal with Aboriginal foodways, the “Trickster” and cultural appropriation, and Daniel Coleman’s White Civility. Her current research project is Wacousta’s Dilemma: Native-Newcomer Identities, Literatures, and Conversations, which examines how the dominant identities of mainstream Canadians and Aboriginal peoples have been co-produced, however unevenly. These ideologically loaded and intertwined identifications, produced in literature and elsewhere, serve to anchor a variety of claims, debates, and plans for the imagined nation and its territory.